Phones Have Become Our Constant Companion. That Was Not the Plan.

Phones Have Become Our Constant Companion. That Was Not the Plan. 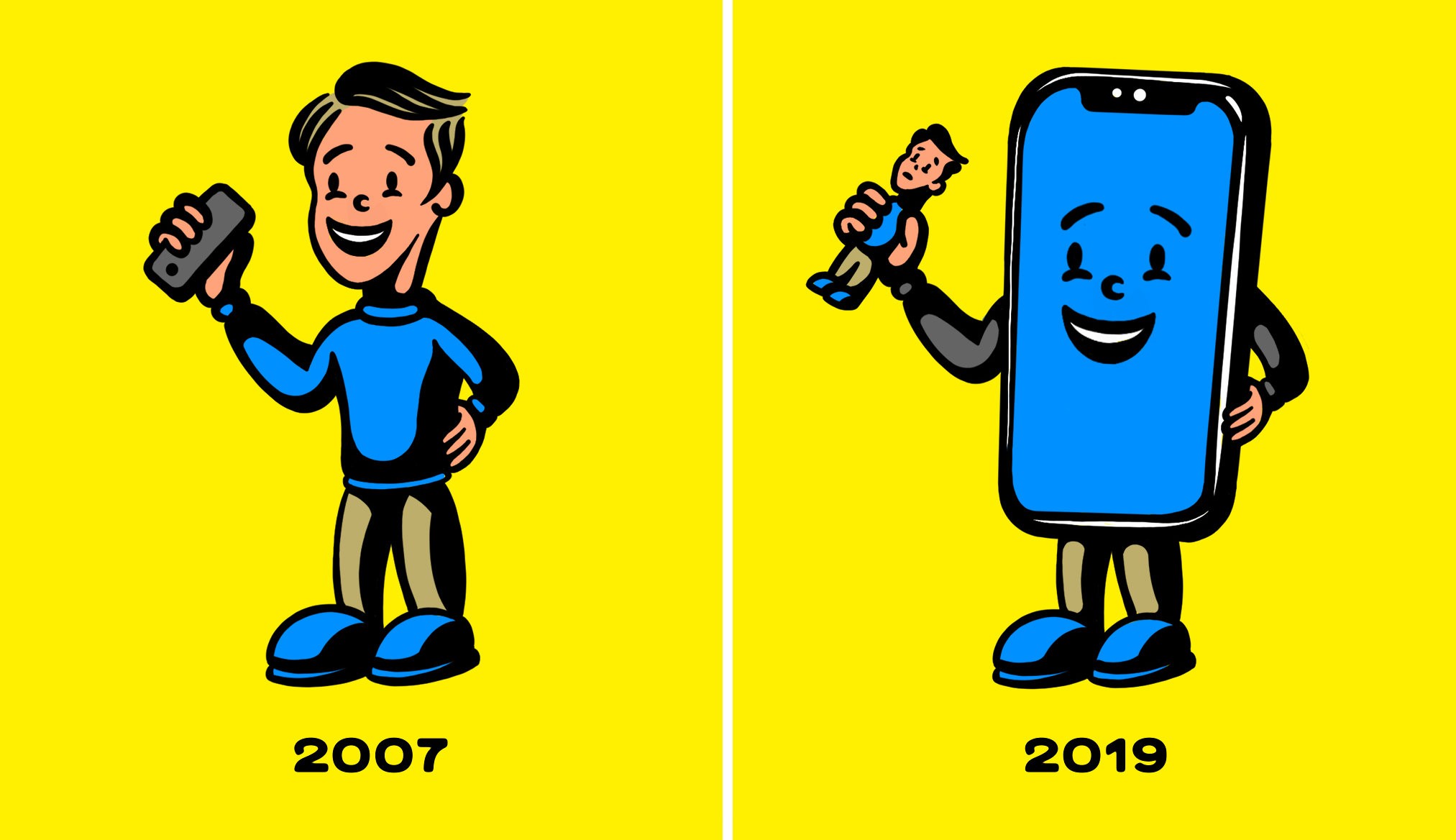 Smartphones are our constant companions. For many of us, their glowing screens are a ubiquitous presence, drawing us in with endless diversions, like the warm ping of social approval delivered in the forms of likes and retweets, and the algorithmically amplified outrage of the latest “breaking” news or controversy. They’re in our hands, as soon as we wake, and command our attention until the final moments before we fall asleep.

Steve Jobs would not approve.

In 2007, Mr. Jobs took the stage at the Moscone Convention Center in San Francisco and introduced the world to the iPhone. If you watch the full speech, you’ll be surprised by how he imagined our relationship with this iconic invention, because this vision is so different from the way most of us use these devices now.

In the remarks, after discussing the phone’s interface and hardware, he spends an extended amount of time demonstrating how the device leverages the touch screen before detailing the many ways Apple engineers improved the age-old process of making phone calls. “It’s the best iPod we’ve ever made,” Mr. Jobs exclaims at one point. “The killer app is making calls,” he later adds. Both lines spark thunderous applause. He doesn’t dedicate any significant time to discussing the phone’s internet connectivity features until more than 30 minutes into the address.